The lines between bartender and barista are getting more and more blurred. We are seeing the sharing and exchange of information and the mutual respect each one has for the other’s craft. We understand the level of passion and commitment that goes into making a great cup of coffee or beautifully executed cocktail. And when you bring these two together, the results tend to be delicious.

The coffee cocktail culture is consistently growing, and Tia Maria is at the forefront of this movement. That’s why Tia Maria is bringing these two professions together to share their love and passion for coffee cocktails. Showcasing that these drinks can go beyond just the iconic Espresso Martini, why not try out the Americano: Tia Maria, a double shot of espresso, fresh mint topped with sparkling water.

Tia Maria uses carefully selected aromatic varieties picked by their very own master blender. These are then roasted to perfection to create a blend that forms its unique coffee flavour.  The quality of the coffee used for Tia Maria production is a 100% Arabica blend, among the best in the world. It has a taste of strong character, very full-bodied with a balanced acidic flavour, and a sweet tendency with caramel undertones. The blend is cultivated in highlands with altitudes that vary from 800 to 1,200 meters above sea level.

The coffee beans are harvested while they are still green and are carefully selected and entrusted to the Master Roaster or Maestro Torrefattore. Unlike the roasting of traditional coffee which one drinks, Tia Maria destined coffee grains are brought by the Master Roaster to a temperature of about 200°C until a specific roast is obtained. This process is followed by an exclusive cooling method to extract in a hydroalcoholic solution the sugar crystals and 800 volatile compounds that define the typical Tia Maria fragrance. The Master Roaster chooses a medium roast that exalts the fresh notes of cacao and tobacco.

Vanilla is the flavour that gives soft and velvety notes to the liqueur and makes every sip memorable. The Tia Maria bouquet is enhanced by one of the world’s most prized vanillas: Bourbon vanilla, from the island of Madagascar.

Mainly cultivated in the Sava region, in the north-eastern part of the island where the climate is humid and warm, Madagascar vanilla proposes a complex aroma range and consists of over 170 different compounds. Of these compounds, the vanillin molecule is the most prevalent and gives vanilla its sweet and silkily characteristic perfume.

The higher concentrations of vanillin found in Bourbon vanilla are a demonstration of its superior quality.

The transformation of an odourless pod into a fragrant spice is a complicated and lengthy process called curing, or tanning, and consists of four principal phases.

In the first, called “killing,” the vegetative life of the pod is stopped by a temperature shock (the Bourbon method consists of an immersion in 80° water) which breaks the structure of the molecules and permits diverse enzymes to enter in contact with the glucovanillin, thus favouring reactions that cause aromas to originate.

In the second phase, known as oxidation, the pod is dried in the sun or an oven turns black and loses most of its moisture, thus eliminating the possibility of mould and bacteria growth. The pod has arrived with the true and proper formation of the vanillin, the aromas have begun to form and the polyphenols are oxidized.

The successive phase, the drying, almost completely eliminates the water to ensure that the seeds can emit their intense fragrance.

In the seasoning, which is the final phase, the pods, now called sticks, are set in cases and left to sit for one to ten months before being selected and placed on the market.

To produce Tia Maria, the extract of pure Bourbon vanilla is left to mature in a hydroalcoholic solution for at least three months to intensify its essence. It is this ingredient which makes the taste of Tia Maria round and ample, helps unite the aromas and gives the palate the persistence of an intense and profound memory.

The structural cornerstone of Tia Maria is the white overproof Jamaican rum. The rum is distilled from sugarcane molasses that have been cultivated on plantations near the seaside; the seaside proximity serves as an advantage due to the fresh salt-imbued air and a more fertile terrain.

Overproof or High Proof is a high-grade rum, pure 70% (TK sugarcane) alcohol that does not mature in wood, and brings with it all the strength of aguardiente de caña (sugarcane aguardiente), the rough molasses spirit that slaves historically produced while refining sugar.

Jamaican rums are traditionally full-bodied and very pungent, appreciated by strong palettes, with warm and complex flavours as a result of the long fermentation period and the use of dunder (the yeast residue left in the still after distillation) and liming (the scum that forms on the molasses during the first fermentation).

The dunder and the liming are both extremely rich in flavours, and after the initial fermentation, they are added to the successive fermentations in order to enhance the fermentation action and strengthen the aromatic range.

The White Overproof chosen by Tia Maria is among Jamaica’s best products: it is of crystal transparency, decisive, and boasts hints of mature fruit and spices, along with a light salt flavour. The rum is the ingredient which makes the liqueur bodied and structured and grants it the enveloping notes of molasses and brown cane sugar.

NO OTHER COFFEE LIQUEUR CAN MAKE A COFFEE COCKTAIL QUITE LIKE TIA MARIA. 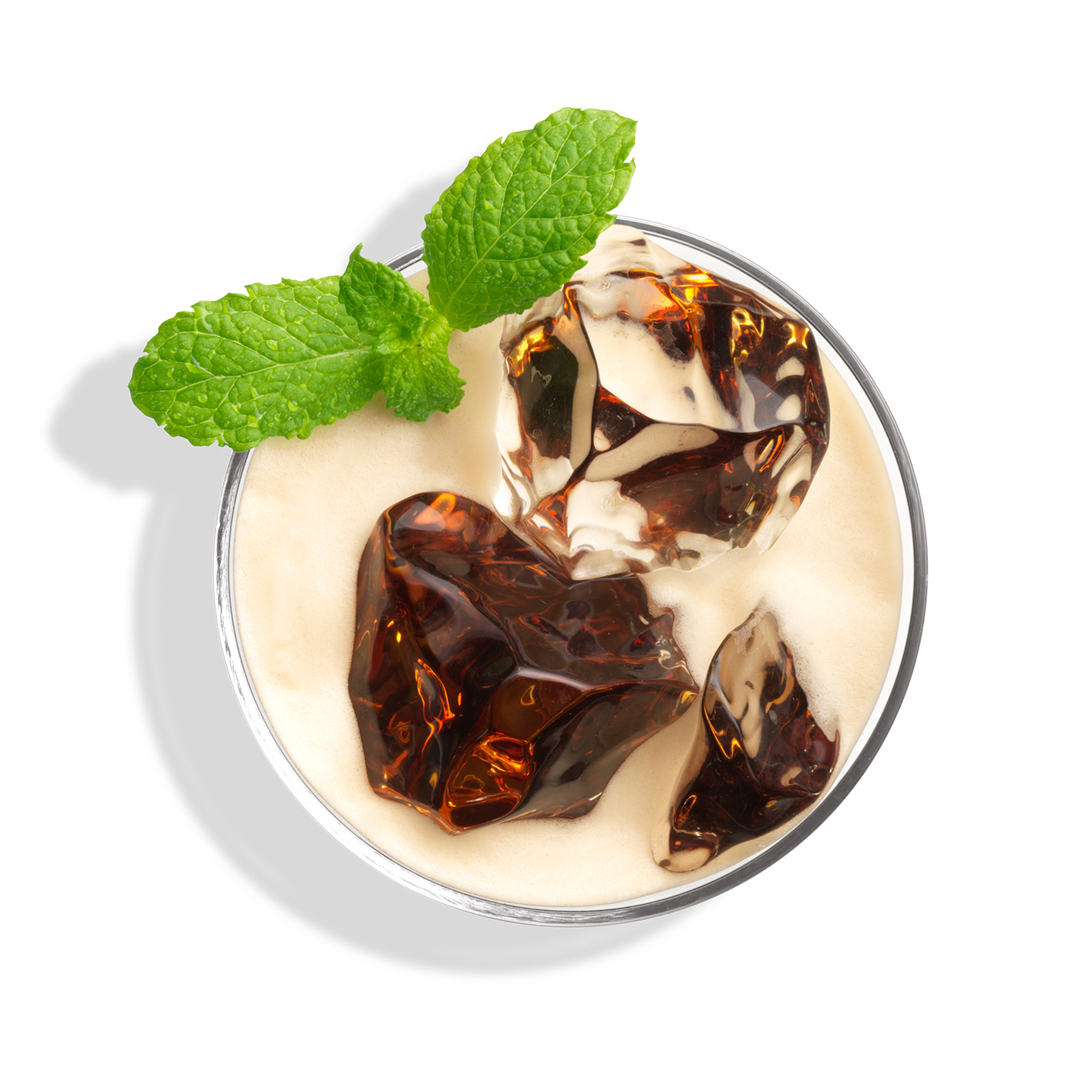 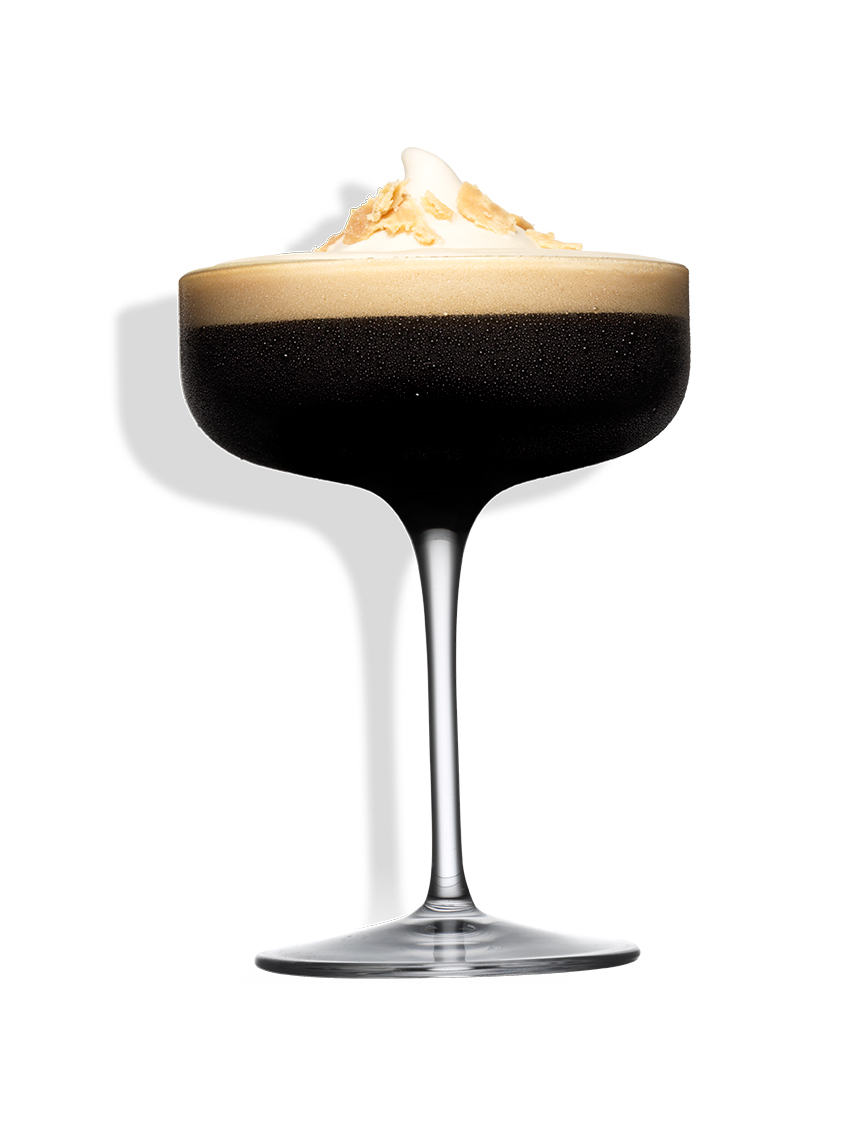