There is honesty in Highland Park. It is a whisky, which exudes balance and complexity in every glass. It is not about fashion, trends or bandwagons. Highland Park is made today with the same enduring belief and integrity, to the same exacting standards, as it always has been. This approach accounts for the appeal of Highland Park, which is now respected by whisky lovers as one of the greatest single malts in the world. This appreciation is based on an unbroken tradition of whisky-making stretching back at Highland Park to 1798.

Highland Park 10 Year Old pays tribute to Viking enduring influence on Orkney and the value they placed on skilled craftsmanship and a steadfast work ethic. Centuries ago, long before Orkney became part of Scotland, it belonged to the vast Viking Kingdom. Magnus Eunson, who founded Highland Park in 1798, was a direct descendant of those early Viking pioneers who settled there, becoming part of Orkney and leaving their mark on the landscape, culture and people. Does that shape the character of Highland Park whisky? Without a shadow of a doubt.

Viking honour is the heart and soul of Highland Park. It reflects the unique culture of  Orkney – part of Scotland, yes, but originally belonging to a vast Viking kingdom. Highland Park honours the spirit of their Viking ancestors, shares their pride, integrity and fierce independence and that’s why they continue to distil the award-winning whisky to the same exacting standards introduced in 1798 by founder, Magnus Eunson, a direct descendant of those early Viking settlers. The result is an intensely balanced single malt scotch whisky – a perfect harmony of aromatic smoky peat and the flavours of sweet heather honey and rich fruit cake. Smooth, full and rounded, it’s a whisky that truly stands apart.

Finish
Sweet and lingering with heathery notes and subtle smoke right at the end.

Highland Park 15 Year Old Single Malt Scotch Whisky comes in a ceramic decanter, a nod to centuries past, when whisky was stored in earthenware vessels. The lead-free porcelain decanter is 100% food-safe, glazed inside and out, and embossed with the lion and serpent design that appears on many of Highland Park’s glass bottles. The decanter is manufactured sustainably by Wade Ceramics (Est. 1810) of Stoke-on-Trent, England, using locally sourced raw materials.

Named Best Spirit in the World in the Spirit Journal, on two separate occasions, the intense balance of the flavours found in Highland Park 18 Year Old owes everything to the five traditional keystones of production, honoured for over 220 years. Slow-burning, aromatic peat from Hobbister Moor; hand-turned floor maltings, Sherry seasoned European oak casks, cool maturation in the temperate island climate and a long and unhurried harmonisation process.

Finish
Soft, round and long with a whisper of peat on the finish.

Finish
Deliciously sweet and spicy with lingering peat smoke on the palate.

The rare, limited batch Highland Park 25 Year Old Single Malt Scotch Whisky release has been created from fewer than 20 sherry seasoned European oak casks, first-fill ex-bourbon casks and refill casks, hand-selected by Master Whisky Maker, Gordon Motion. Over time, each cask has developed its own distinctive character, and the culmination of this marriage is a brilliant flavour profile of rich vanilla and honey fudge against a backdrop of smouldering Orkney peat and salty sea spray.

Palate
Rich and nutty spice balanced by a fruity sweetness.

Finish
Long and smooth, leaving hints of heathery peat smoke and a whisper of salty sea spray lingering on the palate. 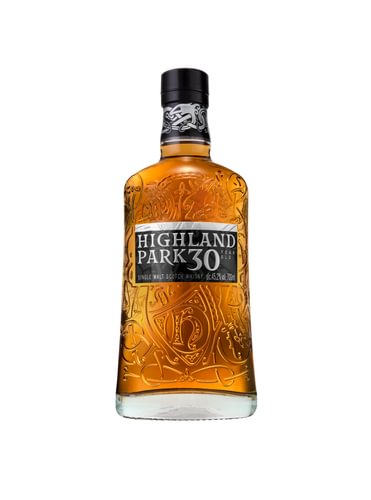 The Highland Park Single Malt Scotch Whisky 30 Year Old Spring 2019 release was created from fewer than 20 casks laid down in 1989 and earlier years. This rare and limited batch is the rarefied result of a trio of different cask types, producing a complex and finely balanced single malt scotch whisky.

Highland Park Distillery in Kirkwall, Orkney, has been crafting award-winning whisky since 1798. Age, experience and respect for tradition may define their single malt whisky, but it’s Orkney that sets it apart. Something magic happens on Orkney and the result is the wild harmony of flavours found in this whisky.

Finish
Dry at the finish, leaving a lingering impression of aromatic peat smoke. 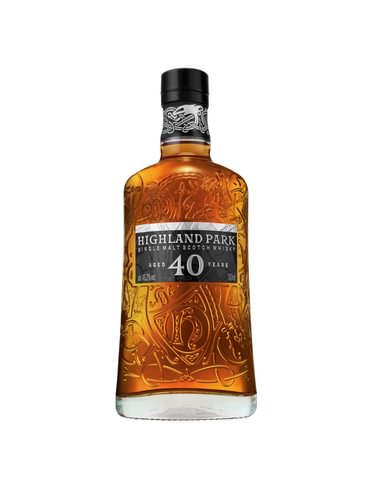 The final 10 years of maturation at Highland Park using first-fill sherry casks to add extra depth and richness to this very rare, limited-release whisky. Described in Whisky Magazine as “an incredibly well drinking Highland Park… sharing some of the 18 Year Old’s refinement but taking it into a different league”.

Highland Park Single Malt Scotch Whisky has launched a special edition whisky, Valfather, the final part of the Viking Legend series inspired by the Orkney based distillery’s Viking history. The trilogy highlights the journey to Ragnarök, the battle at the end of the world and has inspired the packaging and taste profiles of the whiskies created by Highland Park’s master whisky maker, Gordon Motion.

Valfather, named after Odin, the mightiest of the Norse Gods, is the distillery’s most peated release to date. Created using some of the distillery’s finest 100% refill casks to reflect the ethereal and lighter feel of Valhalla, Odin’s hall, the whisky’s higher phenolic level displays Odin’s power.

Overall, Valfather is the richest and smokiest in taste profile compared to the rest of the series and Highland Park’s classic whiskies.

As well as the hallmark aromatic peat smoke, it tastes of creamy vanilla, toasted cedar wood with a long floral aromatic finish offset by notes of crisp apple and sweet fragrant pear.

The Viking Legend series rise in phenolic level throughout the collection and each has their own distinctive flavour profile. Valkyrie the first in the series, uses predominantly European sherry seasoned oak, while Valknut uses American sherry seasoned oak and Orkney’s tartan barley.

Inspiration for the packaging design came from the ancient picture stones from Stora Hammars in Gotland, Sweden and was designed by Jim Lyndvild. 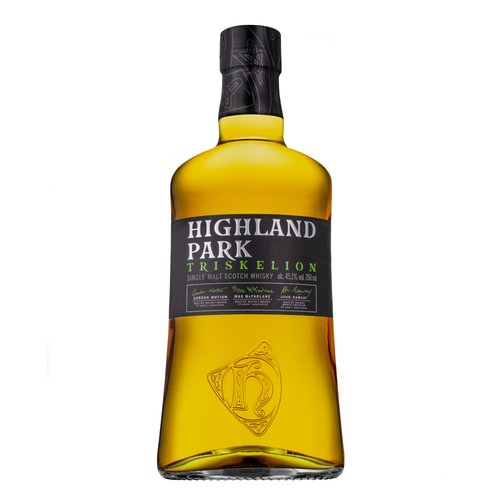 Triskelion is the product of three legendary Highland Park Whisky Makers – Gordon Motion, Max McFarlane and John Ramsay – coming together to explore the influence of wood and cask seasoning on Highland Park whisky.

The result is a complex and full-bodied expression of Highland Park – a vibrant union of tangy Seville oranges, sultanas and raisins, sweet apricots, heather honey, stomped coriander seeds and aromatic peat smoke. A single malt as full of character as its three creators. 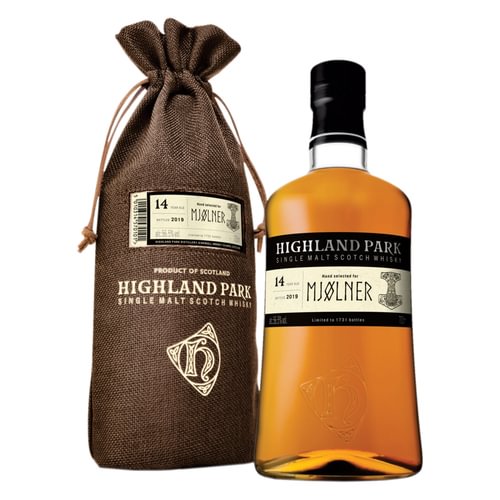 The bespoke Mjølner Highland Park Single Malt Scotch Whisky 14 Year Old special release was produced in a partnership with ‘The Speakeasy Group’ for its Mjølner venues in Sydney and Melbourne.

deliver and complement the spicy notes to this special release Highland Park Mjølner. Then the sweetness of American oak sherry seasoned casks balances the flavour.

The result is a beautiful autumnal leaf colour to the whisky, with aromas of cinnamon coated marzipan, peach skins and nutmeg. On the palate, it brings on a sweet vanilla taste accompanied by light cedar, spices and, of course, the unique Highland Park gentle smokiness.

Get in touch with our Spirits
Platform representatives